Found In My Printer 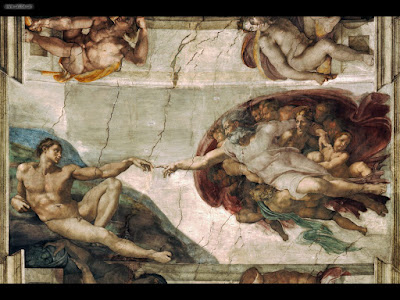 Those of you who know me, know that I am not by nature a religious person. It's the way I was raised and the way I think and that's not likely to change any time soon.

Heck, I even spell it "Gawd" so I won't be accused of paying lip service to any one sect.

I got issues. I know this.

But I found this thing laying in my printer at work and decided to make it my blog post for this evening. It was kind of touching. So just bear with me.


When the Lord was creating Correction Officers, he was into his sixth day of overtime when and angel appeared and said, "You're doing a lot of fiddling around on this one."

And the Lord said, "have you read the specs on this order? A Correction Officer has to be able to run five miles through galleries in the dark, scale walls, enter cells the health inspector wouldn't touch, and not wrinkle or dirty his uniform."

"While on duty; he has to be able to sit in a cage or at a desk all day, run to red alerts, frisk yards for contraband, and testify in court the next day."

"He has to be in top physical condition at all times, running on black coffee and half-eaten meals. And he has to have six pairs of hands."

The angel shook her head slowly and said, "six pairs of hands....NO WAY."

"It's not the hands that are causing me problems," said the Lord, It's the three pairs of eyes and Officer has to have."

"That's on the standard model?" Asked the angel.

The Lord nodded. One pair that sees through a bulge in a pocket before he asks, "do you have any weapons on you?" (when he already knows and wishes he'd taken that accounting job.) Another pair here in the side of his head for his partners' safety. And another pair of eyes here in front that can look at a bleeding victim and say, "you'll be all right," when he knows it isn't so.

"Lord," said the angel, touching his sleeve, "rest and work on this tomorrow."

"I can't," said the Lord, "I already have a model that can talk a 250 pound felon into his cell without incident and feed a family of five on a civil service paycheck."

The angel circled the model of the Correction Officer very slowly, "can it think?" she asked.

"You bet." said the Lord. "It can tell you the elements of a hundred crimes; recite department violations in it's sleep; detain; investigate; search and lock up a gang member in the yard in less time than it takes five learned judges to debate he legality of the policy and still it keeps it's sense of humor."

"This Officer also had phenomenal personal control. He can deal with crime scenes painted in blood; coax a confession from an evasive inmate; deal with an inmate's family, and then be able to read it in the daily paper how Correction Officers aren't sensitive to the rights of convicted felons."

Finally, the angel bent over and ran her finger across the cheek of the Correction Officer. "There's a leak," she pronounced. "I told you that you were trying to put to much into this model."

"What's the tear for?" asked the angel.

"It's for the bottled-up emotions; for fallen comrades; for commitment of that funny piece of cloth called the American flag; for justice."

"You're a genius," said the angel.

The Lord looked somber. "I didn't put it there," he said.

Anyway, I kind of liked that. Just thought I'd share it with you.

Fortunately, glazed spiral ham does not suck.
Posted by JustRex at 12:22 AM

Labels: How we were made